Create an Account - Increase your productivity, customize your experience, and engage in information you care about.

What you should know about the 2020 Census 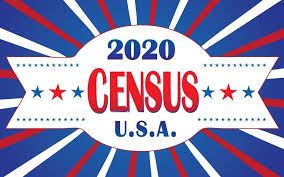 Once a decade, America comes together to participate in the decennial census, creating national awareness of the census and statistics. This census provides a basis for reapportioning Congressional seats, redistricting, and distributing billions of dollars in federal funding to support the state, county, and community vital programs.

Everyone Counts - the Census counts every person living in the U.S. once, only once, and in the right place.

It’s about $675 billion - the Census determines where more than $675 billion in Federal funds go. States, counties & communities are funded based on census data. Every person that is NOT counted means less money for our communities.

More information on the CENSUS 2020.

Have you received your postcard? Are you ready to GET COUNTED! (Data entry for the Census 2020 begins March 22)